Posted at 01:00h in PAST EVENTS by admin

Ray Beadle is a regular on the Australian blues festival circuit and has played at premier venues such as The Basement in Sydney, and The Empire Hotel in Annandale where Ray and The Vipers have been a resident band every Thursday night.

Winner of the Sydney Blues Society 2007 Performer of the Year Competition.

This talented young performer has been invited to play with the likes of Renee Geyer, The Foreday Riders, The Hippos and Whose Muddy Shoes? He incorporates his own style of jump/blues with many popular swing tunes. Ray Beadle and the Vipers were filmed by Foxtel as part of the Live at the Basement Series. 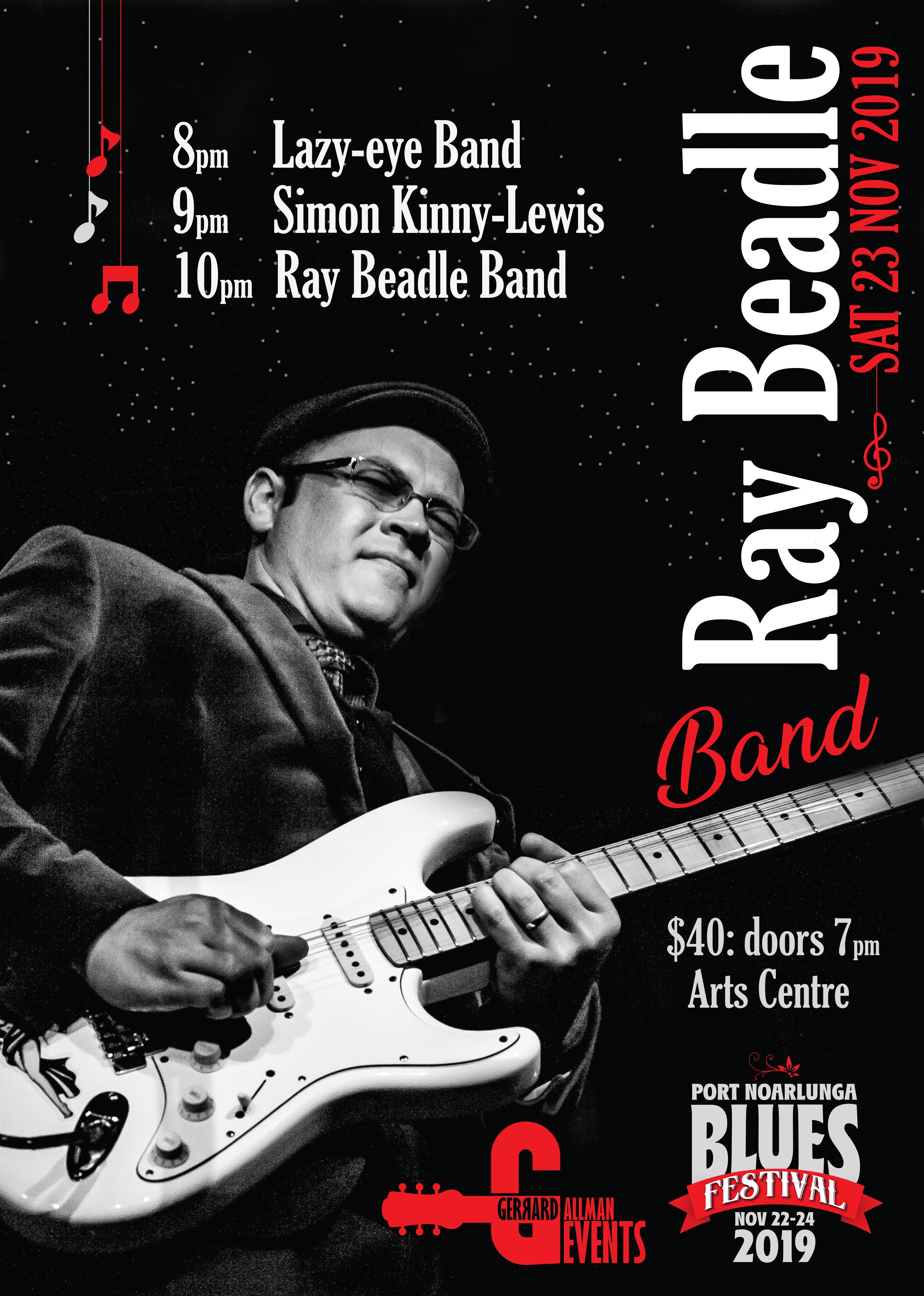